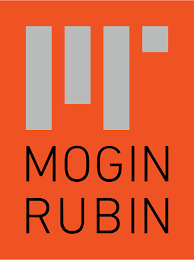 At a conference earlier this year on the Committee on Foreign Investment in the United States, or CFIUS, Assistant Treasury Secretary Thomas P. Feddo spoke with pride of the Committee’s increased funding, jurisdiction, expenditures, and more aggressive review activities.

Feddo began the speech by detailing how CFIUS has implemented the 2018 Foreign Investment Risk Review Modernization Act, or FIRMMA, which expanded its jurisdiction and increased its funding. The Committee has invested in new IT infrastructure and personnel, and since May of this year, the Treasury Department has been collecting filing fees for voluntary filers, a new policy which creates a funding mechanism to supplement its budget.

Feddo went on to discuss new rulemaking around foreign investment, including a proposed rule that would force any transaction to be filed with the Committee “if the foreign acquirer would need export control authorization to transfer the U.S. business’s products or technology to its home country.”1

Another topic was the Committee’s increased vigilance when it comes to monitoring and enforcement, noting an “unprecedented civil monetary penalty of $1,000,000 for repeated breaches of a 2016 CFIUS mitigation agreement, including failure to establish requisite security policies and failure to provide adequate reports to CFIUS.”

This fits with a recent trend in screening older cases that has been noted by journalist Jeanne Whalen of The Washington Post. In her Sept. 29, 2020, article, Whalen quoted Stephen Heifetz, a lawyer at Wilson Sonsini, as saying: “We’ve heard about matters going back almost 10 years. Historically, it was unusual for [CFIUS] to reach back more than three years. But there is in theory no time limitation, and we are increasingly hearing about long reach-back periods.”

CFIUS and national security figured prominently in President Trump’s order demanding that China’s ByteDance unwind its acquisition of TikTok. “While this executive order is one of a few seen under CFIUS, and only the fourth to unwind a completed transaction, it may be a harbinger,” we wrote in our Aug. 18, 2020 post. “Parties and counsel working on international deals must be acutely aware:  this committee considers personal data a serious national security issue. It can and will block or unwind tech deals that give foreign access to Americans’ personal information.” See POTUS Uses CFIUS to Unwind TikTok Deal, Fears Chinese Government Will Get Americans’ Private Data by Dan Mogin and Jennifer M. Oliver.

As the headline of The Washington Post article said, “TikTok was just the beginning …”

But this isn’t the only corner of the federal government expanding its merger review program. Read more on the MoginRubin Blog.

The Antitrust Case Against Google